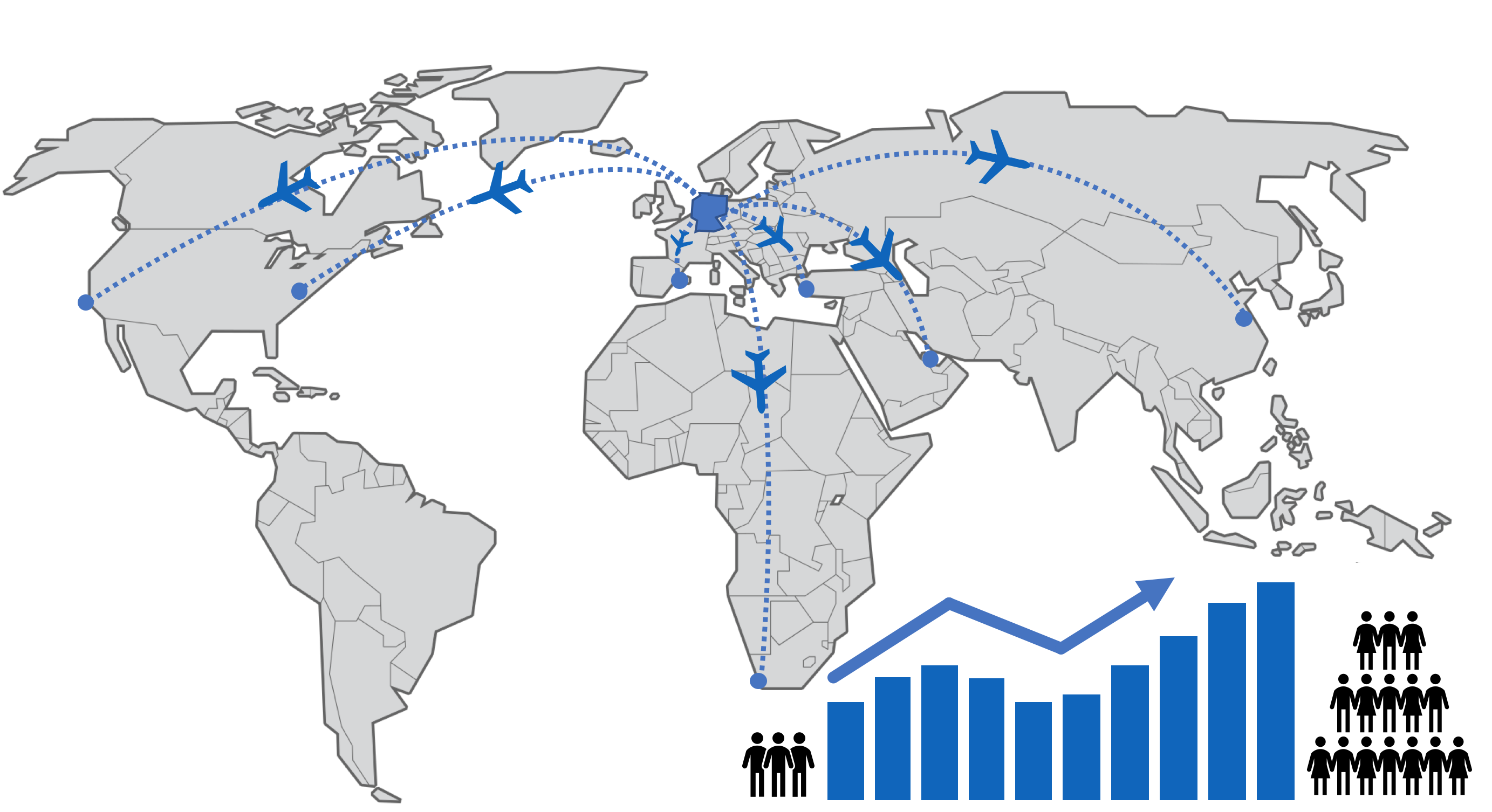 Lately, I’ve been analyzing quite a bit of data regarding the flying behavior of us Germans. My last post focused on domestic flights and their environmental impact. This post will focus on our international flying behavior: which countries are we flying to? What are the main airports we are flying to? At the end of this post you will find an interactive Tableau Map that allows you to dig deeper and explore more than just the top destinations.

I used data from the statistisches Bundesamt, which publishes flight statistics on a yearly basis online. Unfortunately, this data is only associated with the first leg of a journey. So, in the case of someone flying to the US via Iceland, only the transit airport/country (Iceland) would show up in the numbers. On their website, you can find data from 2002 to 2018, but I managed to message the organization and receive aggregated data that dates back to 1960. Very exciting data, that I had to visualize and publish online.

Which Countries are Germans Flying to?

For this type of data (changing attribute values over time), I decided to use bar race charts as a visualization method. They are not only very informative, but also quite exciting to watch as they grow and switch rankings.

The first chart here shows how the number of passengers (watch out, it’s in thousands) has changed over the last 60 years! We went from about 1.2 million passengers on international flights in 1960 to almost 100 milllion passengers in 2018. The chart also illustrates to what extent our destination countries have changed and how, for example, political instability (Turkey 2016) influences our flight activity. Just enjoy the bars racing!

Seems like we Germans like flying to Spain ;). I’d love to hear what other globally-influenced factors you can draw from this data!

Which Airports are Germans Flying to?

In addition to the countries, I also analyzed the particular airports we tend to fly into. The following bar race chart shows the top international airports we’ve been flying into from 2002 to 2018.

For most Germans it’s probably no big surprise that Palma de Mallorca is, by a landslide, number one. Most of the flights to Heathrow, Paris Charles de Gaulle, and Amsterdam are probably transit flights to America or Asia. For me, it was interesting to see how many people are flying to Zurich or Vienna.

For those who want to know a little more about the other countries and airports not included in the charts above, I added the following interactive Tableau dashboard. Here you can filter based on country (in the left visual) and based on airport/city (in the top right visual), in order to see the number of passengers (in the bottom right visual). Try it out! 🙂

Note: You should open this page on a laptop/desktop PC to get the most out of it.

I hope you liked this post and the visuals. Let me know what you think about the analyzed data or if you have ideas for other interesting data visualizations. 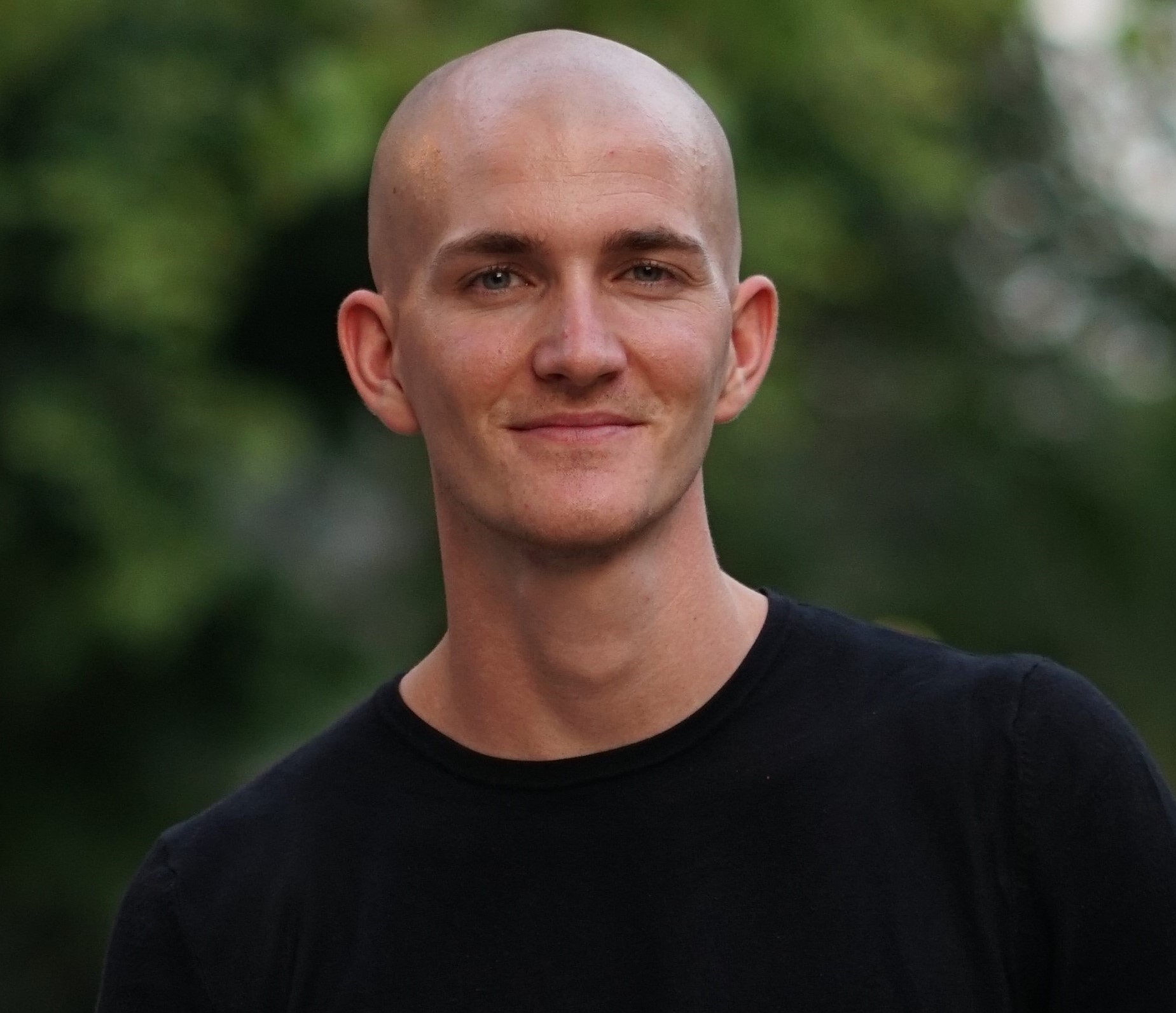 I help companies with data analysis, business intelligence, machine learning and many other data related fields. 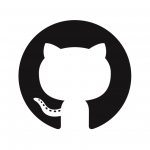 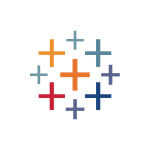